The cryptocurrency markets look rather weak this summer. Bitcoin is the exception. Steadily, it gets more accessible to institutional investors, taking it to a new maturity level as a serious player in the world economy. The altcoin price developments, however, look rather bleak.

What is the matter?

The most obvious answer might actually be that nothing is the matter. There is no news. We are not on the top of a hype, nor in the bottom of a crash. It still seems that the cryptomarkets need to be fueled by spectacular articles about lambo’s, ICO-frauds, wild growth predictions or exciting announcements. Hence, a lack of news results in a slow decline of the prices.

Does ‘no news’ mean nothing is happening? On the contrary! Development is happening, on all fronts. Just like the rise of the internet, the adoption of blockchain is a slow but unstoppable process that largely takes place underneath the radar of daily and breaking news.

The technology is not yet ready for the large scale end-user applications that are widely anticipated to change the world. The main development and breakthroughs in blockchain technology currently take place at the infrastructural layers, improving performance and scalability. These developments typically take time and stay under the hood. For the average investor it is hard to perceive any progress at all.

And yet, if you look, you can find a bunch of up- and running start-ups that are already out there, solving real-world problems with blockchain technology.

The case I want to discuss operates in the field of fraud detection, determining authenticity. In a world in which news, images, video and documents are increasingly issued and distributed in a digital format, fraud and tampering become a real problem, necessitating a strong and digital form of authenticity. 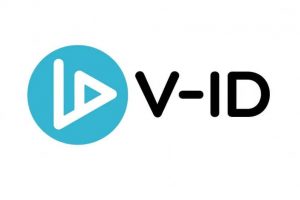 The dutch startup V-ID offers a web based service that allows the creation of a proof-of-authenticity of any type of digital file. Under the hood, they create a hash. A hash of a file is the result of a hash-function taken on the contents of the file. The hash is unique for the specific content of the file. If only one bit changes in the original file, the hash function gives a complete different result.

Although a hash is a unique identifier for the original document, it contains no information about the document itself. Reconstructing a file based on its hash is an utter impossibility. For this reason, hashes are often referred to as digital fingerprints. A fingerprint uniquely identifies a person without revealing any other information.

When you have V-ID create such a fingerprint of a file, it stores it as a transaction in a public blockchain. From that moment on, it becomes part of the long chain of cryptographically chained blocks, that is being kept secure and redundantly stored by a huge global network of computers.  The unique property of a block in a blockchain, is that it’s content, if sufficiently old, is immutable.

Let’s take a diploma as an example. When the school upon graduation timestamps the diploma using V-ID’s technology, it creates an authenticity proof that can be verified at a later stage. When, some years on, an employer wants to check a diploma’s authenticity, it can do so by taking the same hash, and comparing it to the original. Only if the supplied document exactly matches the original, will the verification pass.

V-ID, unlike some other projects in this field, strikes a fine balance between a very real corporate need and technical feasibility. It offers a tangible solution and focuses on usability and applicability by opening up their API and offering integrations with various existing enterprise software.

And they are doing well! I’ve seen V-ID secured invoices from different companies appearing in my inbox and my bookkeeper surprised me when she sent me my yearly tax account, supplied with a V-ID authenticity proof.

A validation done by V-ID only makes sense when it is done on big and public blockchains. The blockchain must be widely trusted and sufficiently decentralized. For this reason, V-ID pegs every single authenticity proof to five different blockchains.

Is this going to boost the prices?

The exact timestamping principle can be applied much wider. It can, for example, be deployed as an effective weapon against fake news, manipulated photos and video. A higher demand on scarce blockchain resources will result in rising prices. Not today, not tomorrow, and not because of the success of V-ID alone. But in the end, when these kind of applications become commonplace, they will.